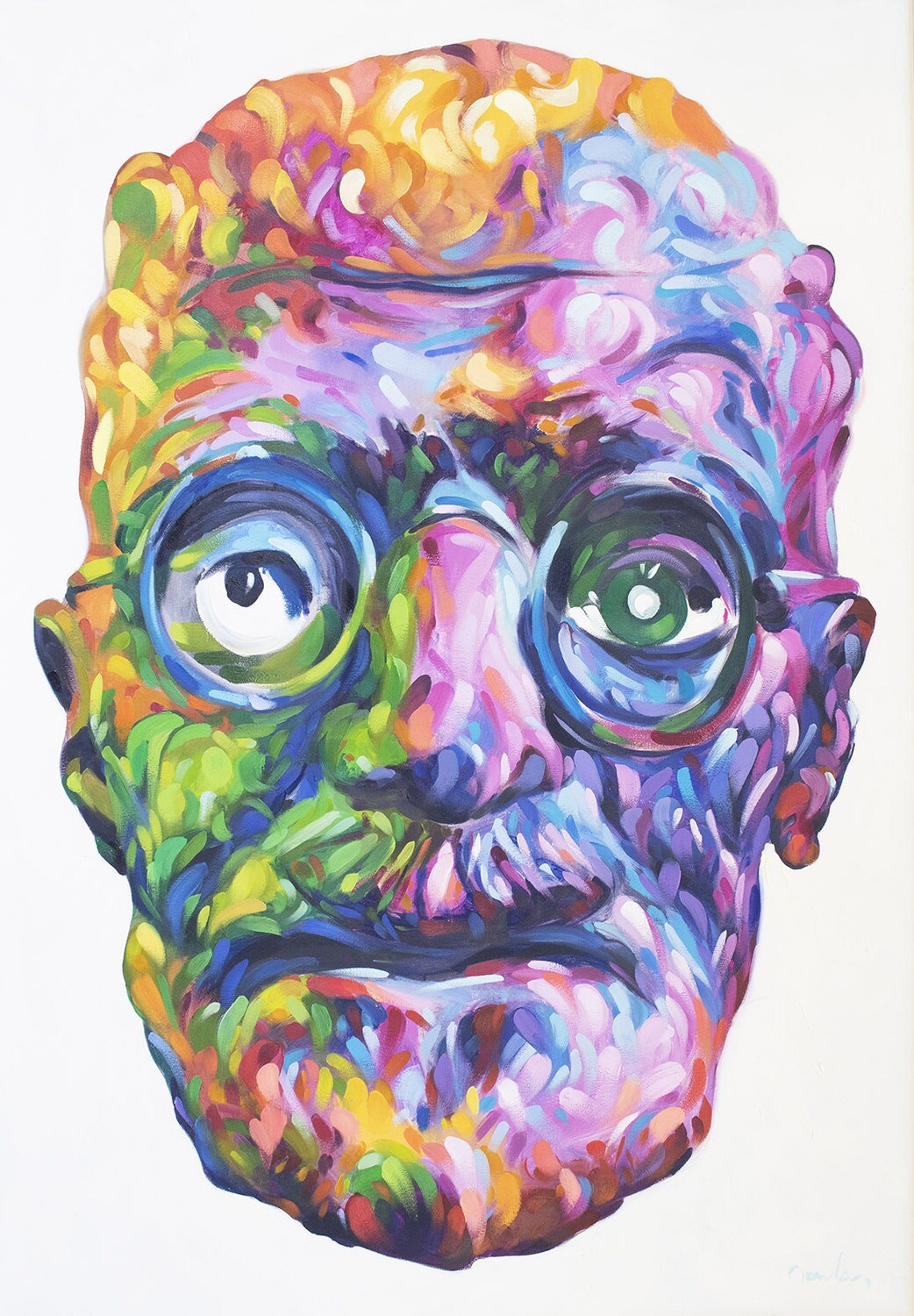 This painting is just Joyce's head painted on white with colourful brush strokes and textures with attention on his eyes, his eyes were wonkey... a problem with his eyes, painted with reference from the Joyce statue in Stephen's Green Dublin by artist Marjorie Fitzgibbon.

James Augustine Aloysius Joyce (2 February 1882 – 13 January 1941) was an Irish novelist, short story writer, poet, teacher, and literary critic. Born 1.8 miles from where I grew up, he contributed to the modernist avant-garde and is regarded as one of the most influential and important authors of the 20th century. It was not that he invented a new style of writing but he invented many new styles and it was not until the 50's and 60's that academics understood his true abilities.

Save this product for later
Display prices in: EUR